With classes over and papers turned in, a few friends and I decided to rent a car and go on a small road trip on the north island of New Zealand. The first day we went to the Pinnacles, where the Paths of the Dead sequence from The Lord of the Rings: The Return of the King was filmed. The thin, high, erosive and seemingly endless peaks were like nothing I had ever seen before. It truly looked like we were on another planet. We walked through the pinnacles and even climbed up some of the eroded land (which may or may not have been allowed). Once we were done exploring, we headed back to our car, but not before stopping by the beach located right outside the Pinnacles. The beach was beautiful with dark sand and Paua shells scattered here and there. Paua is a type of abalone shell only found in New Zealand seas, with such bright and iridescent colors it makes them almost impossible not to scavenge for and collect!

We then started our six hour drive up to Waitomo, home of the spectacular glow worm caves. Along the way, we happened upon a super random carrot-themed park (no kidding!), so we had to stop to take pictures and embrace our inner children on the swings. Just after we got back in the car, we looked back and saw a huge and vibrant rainbow behind us! Of course, we had to pull over yet again for another photo op, since this was the best rainbow we had ever seen with the most saturated colors.

Finally, we arrived to Waitomo. The cool thing about New Zealand is that there are a ton of free campsites just about everywhere. Being college students on a budget, we took advantage of these free campsites. The one we stayed at this night was on a river. While making dinner, we made friends with the campsite cat who, like us college students, enjoyed eating ramen noodles! I was ill-prepared to camp so I slept in the car, while one person had a one person tent, and two people hung up their hammocks. I felt like I had the best set up that night, since it rained heavily. 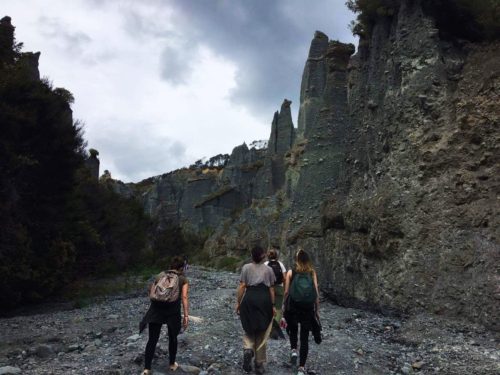 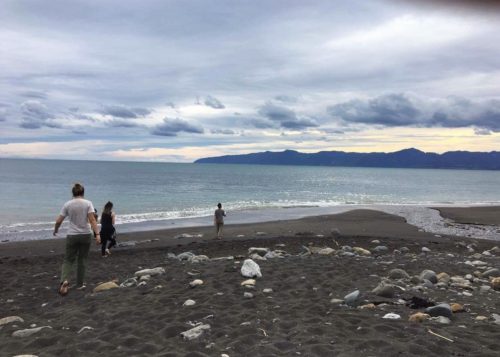 The next day, we headed to the glow worm caves. The tour lasted about 45 minutes. It began with our tour guide showing up through the caves and explaining the science behind it and the life-cycle of the glow worm. What was really nice to find out is that almost all the employees of the Waitomo glow worm caves are related to the original owners of the caves, not excluding our tour guide! She told us that the glow worms glow to attract insects into their web (which is one strand they hang vertically from their body) and the older the glow worm gets, the brighter its light shines. After about a year of being glow worms, they turn into a fly where they only have about a week to live. At this stage, their main objective is to breed more glow worms. After the brief on-foot tour, we were led to a boat where we got in and took a silent, magical boat ride through a cave that was pitch black except for the thousands of glow worms that sparkled like the night sky. It was an experience that can’t be described but was probably my favorite thing I did in New Zealand. After the glow worm caves, we headed north to Auckland. We didn’t spend much time in Auckland, we just wanted to get a feel for the city before we went about two hours south to just outside Taupo. Here we spent another night in a free campsite right on a beach.

During the next day, we went on a short hike and then headed to see a magnificent waterfall. Once we got to the waterfall, we just sat for a while and took in all its beauty. It was such a beautiful day out as well, so we got to really appreciate the falls. The warm weather also lent nicely to a quick cat nap in the sun by the falls. Afterwards, we drove and set up our gear at another free campsite—this one was on a lake. Since it was a clear night and there were few lights around, we walked to the dock and sat and looked up at the night sky. It looked just like the glow worm caves! Since I grew up in populous areas with a lot of lights on at night, I wasn’t used to seeing the night sky in all its glory. I was able to see my first shooting star that night. It was an unforgettable experience I will cherish forever. 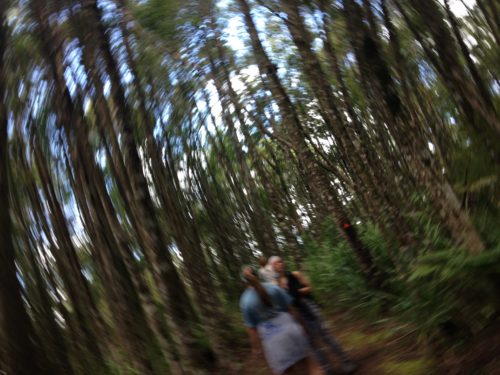 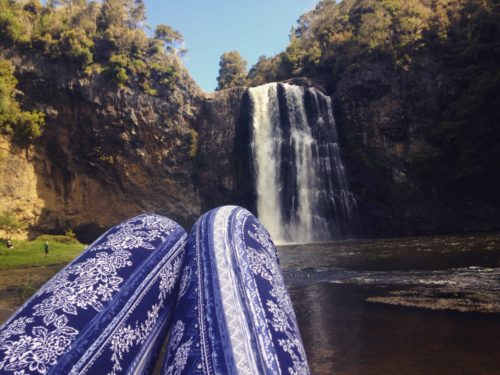 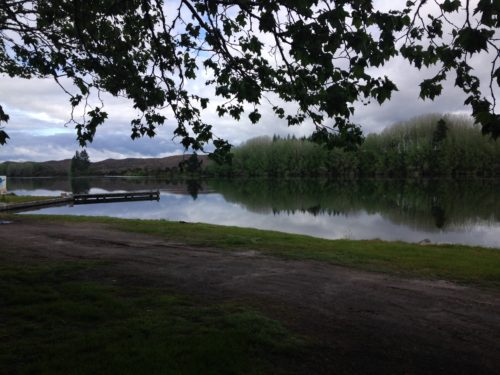 On the last day of our road trip, we went to check out Rotarua. Here, we just walked around the little downtown area and got brunch. The whole city smelled of sulfur, since there are tons of geysers there. Before leaving Rotarua, we said goodbye to two friends who had plans to continue adventuring. Unfortunately, two of us, myself included, couldn’t extend the road trip because we had people visiting us from the States and finals to prepare for. On our way back to Wellington, we stopped in Taupo to see Huka Falls. Huka Falls is a waterfall that is extremely forceful. This force causes many bubbles and it’s these bubbles that give Huka Falls its amazing color. It was spectacular to see. On the way back we drove along Lake Taupo, the largest lake by surface area in New Zealand—a great view to end the trip on. 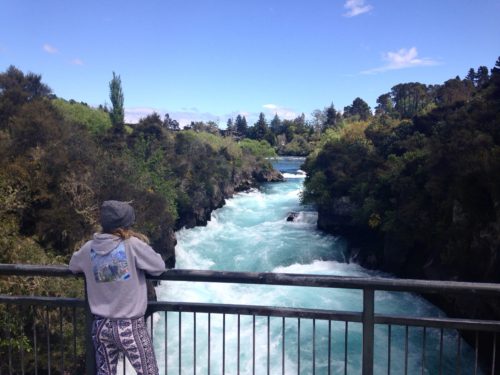 This road trip, though brief, was the perfect way to end my time abroad in New Zealand with a few of the lovely people I met at the school there. Everything we did and saw was amazing and really made me appreciate New Zealand that much more. The road trip also taught me to appreciate the journey just as much as the destination; after all, in the wise words of Miley Cyrus: “It’s the climb.”