When most people think of Morocco, they imagine a hot, dry and desert country – I mean it is Africa after all. However, hidden deep in the north lies a city called Ifane that’s filled with lush green evergreens and European-style homes. 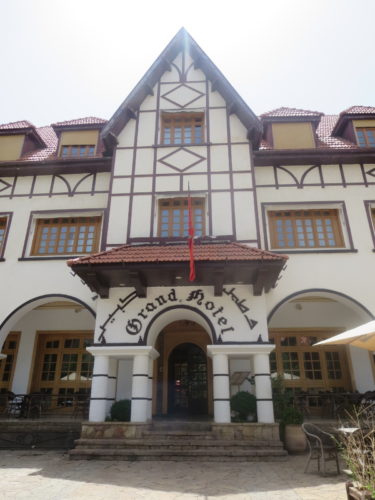 The person I lived with in Agadir just happens to be from this magical city, so when he said I was more than welcome to visit whenever I wanted, I decided to take him up on his offer. I had been melting in the Marrakech heat for long enough at this point, and especially after the desert trip, I was in need of some green nature.

To get from Marrakech to Ifrane required a seven hour train ride to a city called Meknes and then an hour taxi from Meknes to Ifrane. The train ride was an adventure of its own as I quickly learned that just because you buy a ticket on the train does not mean you get a seat on it. A full hour before the train was set to depart, people where lining up at the gate, ready to rush in and claim their seat. Once the gates actually opened, it was utter chaos. People took off at a dead sprint. The whole thing was really quite the sight.

Thankfully, I was fortunate enough to find a spot; however, I was unfortunate in the sense that our train broke down three separate times delaying us a total of over five extra hours. On the bright side, I was able to make some friends who streamed the final of the Euro game to make the time go faster. 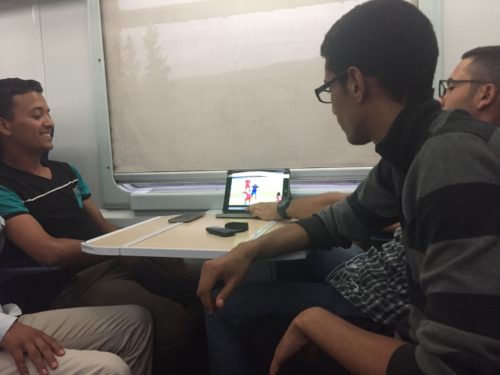 By the time we finally got to Ifrane, it was midnight. My friend, Aymane, was kind enough to pick Devon and I up at the taxi station. When we got to his house, his mother had dinner waiting at the table. We had not eaten all day as we were stuck on the train, so we devoured the tajine she had prepared in minutes and set off to bed. Sitting all day can be quite exhausting.

The next day, Aymane gave us a grand tour of the city, focusing specifically on the university located in Ifrane, which was absolutley stunning. He says it is like the Havard of Morocco, and I believe him. The streets of Ifrane were so green it was unimaginable. The houses looked just like that in Switzerland with the pointy roofs and brown/white color. Aymane claimed that Ifrane is ever more beautiful in the winter because it is covered with a blanket of white snow.

In the afternoon I went for a run through the beautiful parks, and at night we had a delicious dinner with his family. After weeks of staying in hostels, it was so nice to be able to stay in the comfort of a home again. Aymane’s parents hardly spoke any english, yet the kindness I experienced from them was so humbling. Those few days I spent with them will always be one of my fondest memories of Morocco.

Right now I am in Fez. I had planned on only staying one night here before heading to Chefchaoun in the morning, but all the buses were full today, so looks like I am now leaving tomorrow. That is okay because the hostel I am staying at here is very nice and Fez has amazing markets for wandering in. The temperature is creeping up to a whooping 108 as I write this, so I think I will take a nap for now until the heat becomes a little more bearable tonight.