I can now officially cross sleeping a night in the Sahara desert off of my bucket list, even though it technically was not even on there in the first place. Although I am exhausted, I survived the weekend unharmed, except for a super sore butt thanks to four hours of camel riding that is. 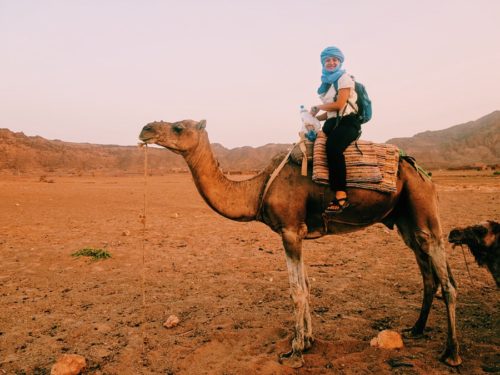 I left Marrakech at the ripe hour of 7:00 a.m. and boarded a mini bus filled with a couple from the UK, a couple from New Zealand, a couple from Australia and the girls dad, three guys from Egypt, one guy from Brazil and myself. Quite the random group of people, but we all got along really well.

The desert trip was advertised at my hostel as a one night trip camping trip in the desert. They had promised that sleeping arrangements would be provided, as well as breakfast and dinner. Besides that, I really did not know all too much about where I was going or what we would be doing. I had looked up the city, Zagora, on the map, and it was only a bout 400 kilometers from Marrakech, so I had expected the drive to only take about five hours. Unfortunately, I was sadly mistaken. Thankfully, we made lots of stops to make the trip more manageable. The best one being at an old Berber village called Ait Ben Haddou which has been the backdrop of many famous films such as “Prince of Persia,” “Gladiator” and best of all, “Game of Thrones.” 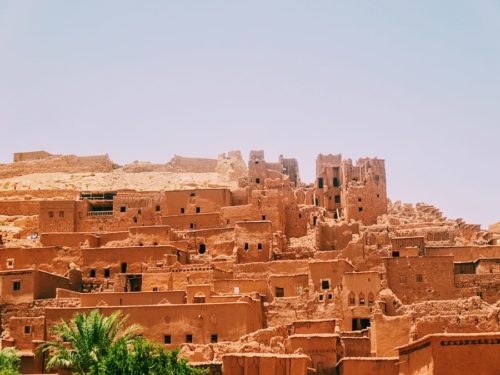 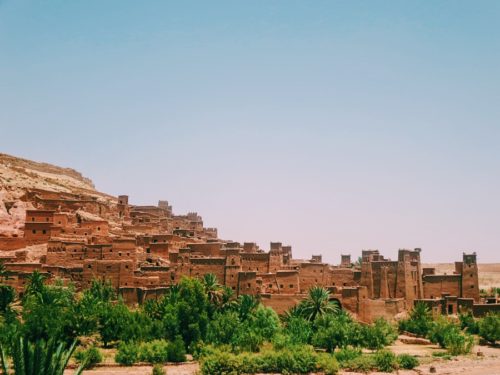 After a solid 10 hours in the bus, we pulled off on the side of the road in the middle of nowhere to a group of about 15 camels. Apparently, the bus we were on is not made to drive in the sand, so the camels had to carry us the rest of the way – over a two hour journey.

By the time we actually got to the camp, night had fallen and so had the groups spirits. We were broken off into groups of four and assigned to small tents. The tents were set up in a circle style and there was a giant fireplace in the middle. Inside the tent, there were four mattresses and some blankets. Pretty high-class desert living if you ask me. We even had a light. I was unpacking my stuff when I heard a scream from outside, naturally we all ran too it to see what was going on. Someone had found a snake next to tent number four… and a highly poisonous one at that. Our fearless guides immediately took a stick and beat the poor thing to death, then proceeded to hold the lifeless limp up and proclaim, “breakfast!” Very funny.

After the commotion settled down, we all sat in a circle for dinner, which was tagine of course. I am not sure if it was the fact that I was starving, or just the atmosphere of being in the middle of the Sahara and eating under the stars, but this was the best tagine I have had in my time in Morocco. 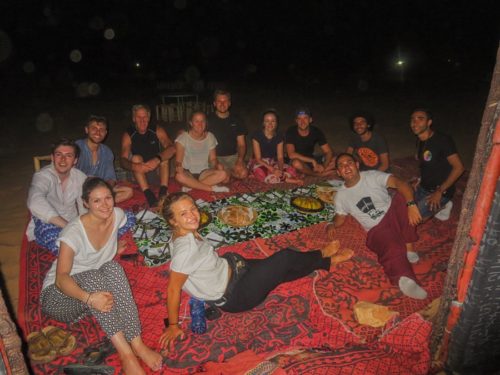 Once we had stuffed ourselves to the brim, it was time for some music. The guides brought out some drums and we danced and sang for hours. To finish the night, we all laid down and watched the stars. There were so many, and it was so clear I swear I could have laid there all night, and honestly I wish I would have because I did not sleep that great in the tent at all. It was so hot and stuffy, I really should have just dragged my mattress outside and slept under the stars, which is what I realized some people had done once I woke up in the morning. – or should I say was woken up by pounding on the drums at the ripe hour of 5:45 a.m.

We arose, took some pictures, ate some bread, mounted our camels and set off on the trek home. I could have done a longer trip, but with my limited time, I decided to just do the one night and get a feel of what the desert was like. I am glad I did too because now in the future I know that I will definitely be coming back for more. 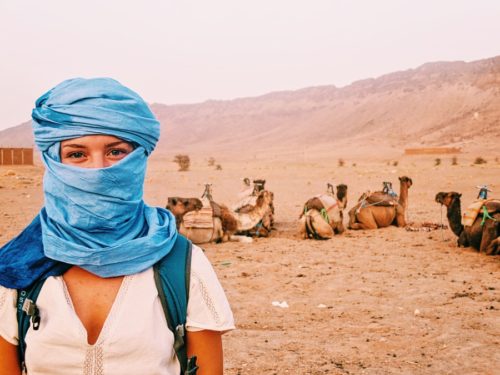