A quintessential British story, Harry Potter has taken London by storm in the last 20 years with some of the best gems in the world. The next time you go abroad, make a pilgrimage to London for your favorite boy who lived.

READ: 5 books you should read to inspire your wanderlust

Harry’s magical adventure started with his journey to Hogwarts from Kings Cross station, where he runs through a pillar to get to Platform 9 ¾ with his new friend Ron Weasley. Most station scenes from the Sorcerer’s Stone were actually filmed at St. Pancras station because it has better aesthetics, which is just across the street from Kings Cross. However, the pillar the Hogwarts students run through is between platforms four and five at Kings Cross. 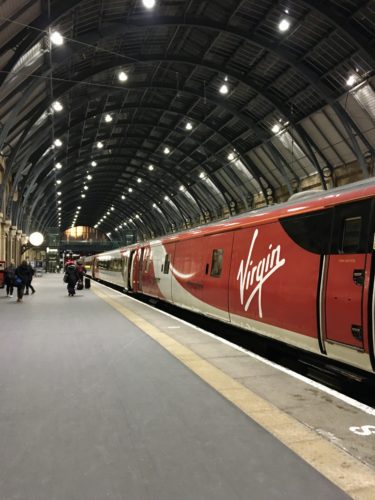 In Kings Cross is an actual Platform 9 ¾ where you can take photos running into the wall with a trolley and owl cage. Next to it is The Harry Potter Shop at Platform 9 ¾ for souvenirs like apparel, trinkets and books. Be warned – there are a lot of Potterheads who pilgrimage to this spot in London, so go early in the morning or late in the evening to get a picture. 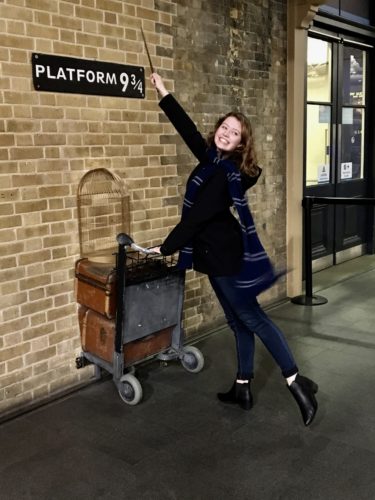 Visit where little Harry Potter discovered his peculiar connection with snakes at the London Zoo, which is also the place where the scene was filmed. Just be careful peering into the glass! The zoo is in Regent’s Park which is known for its Primrose Hill that offers a great view of the London skyline.

Be cautious as you cross the Millennium Bridge – it may still be unstable from the Death Eaters who tore it apart in the Half-Blood Prince film. In that scene, you get glimpses of other London icons including St. Paul’s Cathedral and the Tate Modern museum, both of which are connected by Millennium Bridge over the River Thames, giving you a great excuse to visit these surrounding attractions. 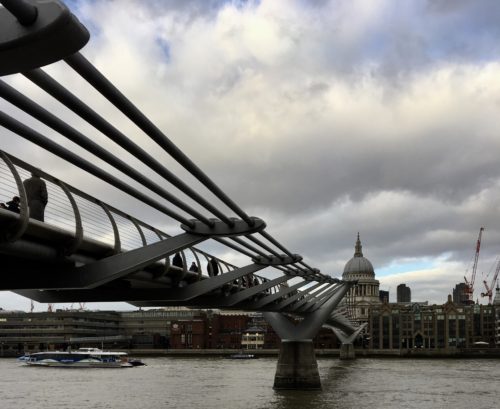 For the Prisoner of Azkaban movie, the cathedral’s Geometric Staircase was used for the staircase to Professor Trelawney’s Divination classroom in one of Hogwarts’ towers. Check out the Museum of London while you’re in the area – it tells the history of the city, including the story of the Great Fire of 1666 and the Blitz bombing in World War II, two events that the Cathedral barely survived through.

In this building is where the muggles watch Death Eaters tear apart London in the sixth movie (what other building would have those funky sloped windows?). Nearby is Tower Bridge and the Tower of London – must-sees in London. 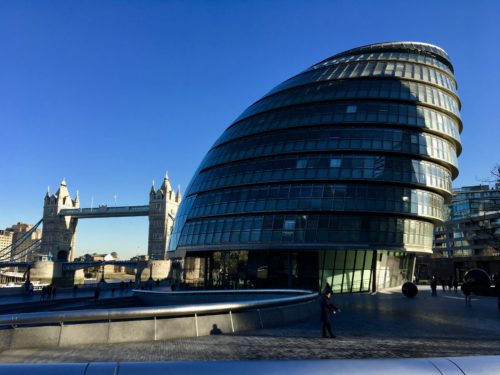 This is the bridge where the Knight Bus narrowly squeezes through two muggle double-decker buses in the Prisoner of Azkaban movie. Not far from it is the Tate Britain, a museum exhibiting beautiful British art.

On the way to Harry’s hearing in the Order of the Phoenix movie, Mr. Weasley takes him the muggle route to the Ministry of Magic via Westminster tube station. Apparently, the station was closed for a full day to film that scene. Upon exiting the station, you are instantly greeted by the towering Big Ben. 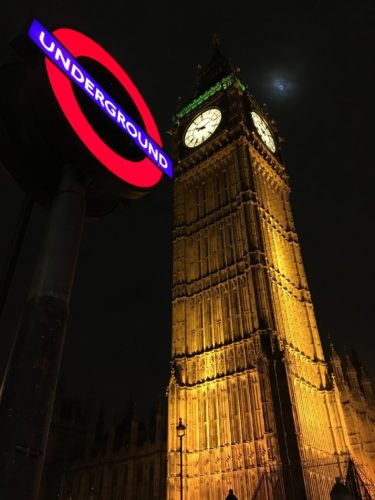 Home of the Australian Embassy in London, the Australia House is used as the interior of Gringotts Bank in the first and last movies. Though you can’t go inside, you can only imagine the goblins – I mean, people – working away at their desks.

Located off of Charing Cross Road, Cecil Court is the pedestrian street that inspired Rowling for Diagon Alley. Nearby is Goodwin’s Court, a small narrow passage that apparently inspired Knockturn Alley. Goodwin’s was also used to film that location in the movies. Both streets are in the heart of the West End, London’s theatre district, so catch a musical or play while you’re in the area.

In the West End you can see the latest installment of the Harry Potter series at Harry Potter and the Cursed Child, which tells the story about some trouble in the wizarding world with a time-turner. Getting tickets, however, is harder than catching the snitch, so make sure you plan this one in advance. 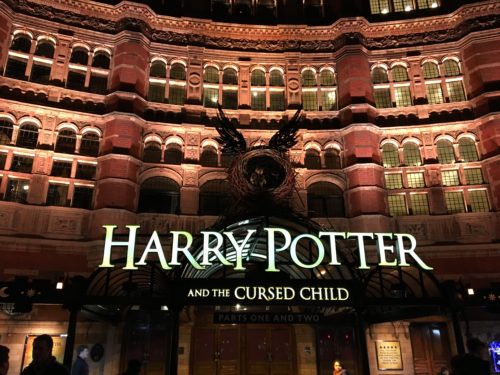 Just around the corner of the Cursed Child is the House of Minalima, a four-floor exhibit of the graphic designs of the Harry Potter and Fantastic Beasts movies, including the Marauder’s Map, pages of the Daily Prophet and the Ministry of Magic’s propaganda posters. The exhibit was supposed to be temporary, but its success in London has kept it longer there than planned. 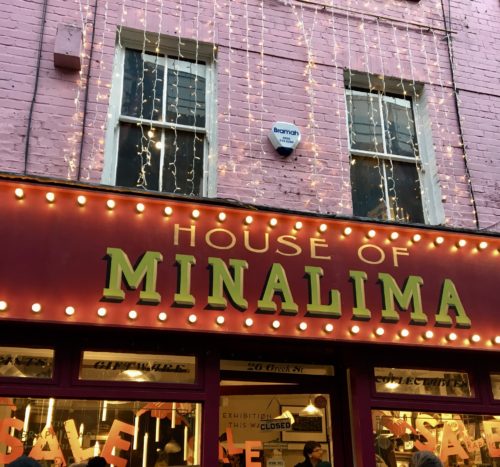 At the junction of these roads is where Harry and Mr. Weasley enter the Ministry of Magic through a phone booth in the Order of the Phoenix. Unfortunately, that phone box was just a prop and does not actually exist in that location. However, just two blocks away on the walking path of Victoria Embankment along the river is a phone booth for the perfect photo op with Big Ben in the distance.

Whitehall is a road that houses various government buildings, including the employee entrance to the Ministry of Magic in a few of the last movies. This is where employees flush themselves down the toilet in Part 1.

The trio apparates to Piccadilly Circus, an area similar to Times Square in New York, to escape the Death Eater’s attack on Bill and Fleur’s wedding in the Deathly Hallows. Though the book says they land on Tottenham Court Road, Shaftesbury Avenue was the filming location in the movie, Part 1. The British Museum and National Gallery, two iconic museums, are in close proximity to Piccadilly Circus.

This charming covered market is where the entrance to the Leaky Cauldron pub and some of Diagon Alley was filmed for the first movie. (Most of Diagon Alley was filmed in a studio, which you can see at the Warner Bros. Studio Tour.) The door to an optician’s shop in Bulls Head passage was used as the entrance. In the books, the pub is said to be on Charing Cross Road. 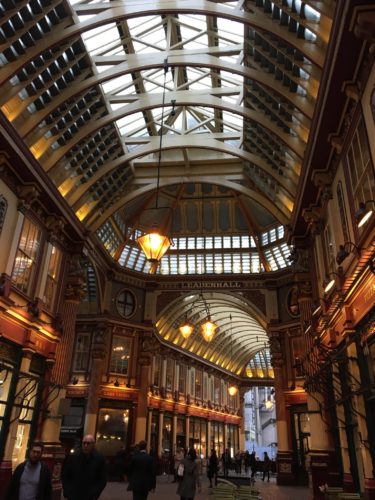 The Leaky Cauldron moves here in the third movie, beneath the railway bridge. This is located in Borough Market, London’s oldest food market (with seriously delicious food) that has been running for over 1,000 years; it’s just next to London Bridge and the Shard.

This square in Islington is where the exterior of 12 Grimmauld Place, Sirius Black’s home and the headquarters of the Order of the Phoenix, was filmed for the fifth and eighth movies. Apparently the location was inspired by Lincoln’s Inn Fields, a beautiful public square. Sir John Soane’s Museum, a historic house preserved from 180 years ago that displays an architect’s collection of antiques and art, is located at Lincoln’s Inn Fields.

In some of the later movies, Harry flies around London past some of its most iconic landmarks along the River Thames, including Big Ben and the Houses of Parliament, Tower Bridge, HMS Belfast, and Lambeth and Blackfriars Bridges. 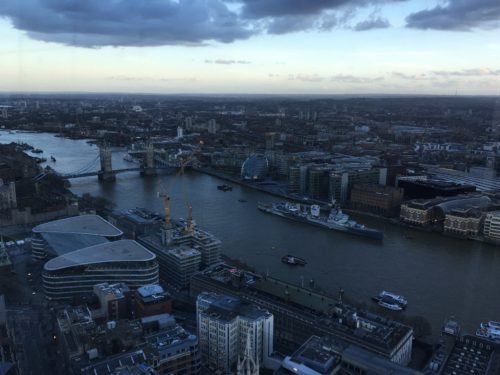 Well outside central London is the Underground station where Dumbledore meets Harry in the sixth movie right before Harry is about to score a date with the waitress. That restaurant that she worked at doesn’t exist in the station though.

Everything that can’t be found in London is at the Warner Bros. Studio Tour just outside of the city. Featured are authentic props (the Goblet of Fire!), breathtaking sets (the Great Hall!) and original costumes (first-year Harry’s Quidditch costume!) that were used for the eight movies, as well as for Fantastic Beasts and Where to Find Them, exhibited like a museum. The tour even hosts special events like Christmas and Valentine’s Day. Fun fact: this is one of the most popular tourist destinations in the UK.

Nearby Kings Cross and St. Pancras is the British Library, one of the largest libraries in the world. To celebrate the twentieth anniversary of the publication of Harry Potter and the Philosopher’s Stone, the British Library currently has “A History of Magic” exhibit that displays some of J.K. Rowling’s original drafts and drawings, along with books and manuscripts about the traditions of folklore and magic. This exhibit is going on through February 2018.

While this pub is not part of the books or movies, you can enjoy their franchise with a glass of butterbeer at The Blind Pig in Soho.

Sometimes you can see the stars in action in the West End (the theatre district) of London. Last year, Daniel Radcliffe (Harry Potter) starred in Rosencrantz and Guildenstern are Dead, and David Tennant (Barty Crouch, Jr.) was in Don Juan in Soho.

If you’d rather be guided by experts of London to see attractions like these, check out a walking tour such as Walking Tour for Muggles.

If you don’t get enough of HP during the day, stay at The Georgian House Hotel’s Wizard Chambers, a Harry Potter themed hotel room that might as well be a Gryffindor dormitory, complete with four-poster beds.

And if you literally do not want to leave the wizarding world, try breaking out (or not breaking out) of Enigma Quests’ School of Witchcraft and Wizardry escape room.

One Reply to “The ultimate Harry Potter guide to London”