We at Souvenirs have been all around the world, but there’s always that one place that stands out among all others. Here are our favorite cities that are not to be missed on your next trip abroad! 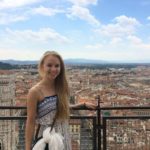 In many ways, Florence is the most quintessential version of Italy anyone could dream up. From the cobbled streets to the ancient buildings and churches, from the bridge Ponte Vecchio over the River Arno to the Uffizi gallery filled with art from the Italian Renaissance, and from each little gelateria to the next, Florence is pure magic. The far past mingles side by side with vibrant modern life in this city. It has little less hustle and just as must to see as in Rome, and you can easily eat your way through the city. Try the street food (especially the arancini) and leave yourself time to wander and get just a little lost in the painfully beautiful streets as they teem with life. 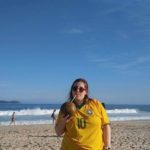 Carnival, brigadeiro, soccer – what do all of these have in common, you might ask? Rio de Janeiro of course! Even if you don’t speak Portuguese, Brazil’s second largest city is worth the trip. From the downtown skyscrapers spotted with numerous local markets to the famous white sandy beaches of Copacabana and Ipanema, there is something for everyone to love. A must-see is Cristo Redentor, or the 125 foot “Christ the Redeemer” statue, that makes the Wonders of the World list and can be seen from anywhere in the city. Sugar Loaf mountain is a favorite of travellers and locals alike, who will all tell you that, regardless if you choose to hike or take a cable car, make sure you witness the transition from day to night as Rio’s lights start to turn on, and take in the city in all of its glory. 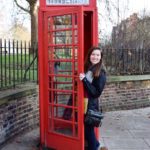 With 32 boroughs to explore, there’s no shortage of quirky streets to meander through, delicious restaurants from which to sample foods and the wildest people-watching you can imagine in what many consider the greatest city in the world: London. One of the best parts of London is the fact that it is so easy to jump from museum to park to historical landmark due to the incredible public transportation services available. Whether you’re traveling the city below ground on the Tube or above while riding a double-decker bus, it is very easy to cover the expansive city both inexpensively and in little time. London is also one of Europe’s major English-speaking cities, making the venture abroad a no-brainer. Not to mention, they have the most amazing accents, and you’ll find yourself craving a ‘cuppa’ tea and ‘minding the gap’ after spending just a day in the great city. Not convinced? Football games, nights out at the pub and the city view from the top of Primrose Hill will have you begging to move to London in a heartbeat. 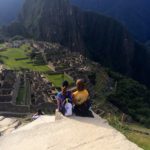 Machu Picchu is magical. To stand atop an ancient city, surrounded by the Andes Mountains and lush green forest, and watch the clouds roll over the peaks and right past you, so close you could touch them: This is magic. From a scientific perspective, the Inca that occupied Machu Picchu were inexplicably intelligent and way beyond their years, knowing things they shouldn’t have been able to know, such as their coordinates on a map and how to construct their city so that on the summer solstice, the sun shone perfectly through a singular window in their place of worship. From the top, Machu Picchu looks like a condor: a significant religious symbol for indigenous peoples today and the Inca at the time. It’s unbelievable that the Inca were capable of not only building Machu Picchu, but keeping it hidden from the rest of the world for so long. Everything about Machu Picchu left me speechless, and I am counting down the days until I am able to return. 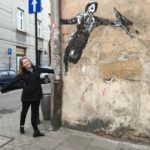 “Charming” is the best word to describe Krakow. Though it’s the second largest city in Poland, it has a cozy feel. The best part of Krakow is Old Town, the preserved historical district of a medieval market square which is surrounded by Gothic churches and storefronts. The restrictions of vehicles in the area creates simplicity and peacefulness. Kazimierz, the Jewish Quarter, is another great area to experience heritage and history. In some places you feel like it’s just another big city; in Krakow you feel intimately immersed in its culture and charisma. 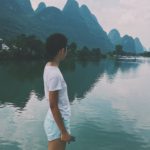 Known for its breathtaking karst landscape, Yangshuo is heaven for travellers from all around the world. Li River meanders across the Guangxi Province, one of the China’s most famous scenic areas, and was listed as one of the world’s top 10 “Watery Wonders” by National Geographic Magazine. The Li River cruise, mountain climbing and biking across the country roads for sightseeing are not to be missed. Though the West Street in town has been criticized for mainly catering to Western tourists, you can still find tons of nice and cheap hostels there and meet backpackers from all over the globe. Yangshuo is also one of the most popular rock climbing destinations in China. If you’ve ever wondered why the landscape here is always used to represent China and why so many Westerners leave everything behind to settle down in Yangshuo, you should come and witness the marvel for yourself. 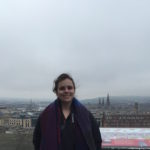 When you think of Edinburgh, you probably imagine cobblestone streets and a guy wearing a kilt playing a bagpipe and simultaneously eating haggis. You’d be right; it’s all that and more. Wherever you walk in Edinburgh, on one side of you is the iconic Edinburgh Castle and on the other side are charming storefronts that are  equally as breathtaking and enchanting. From fudge and shortbread to tartan wool and Scottish Terriers, Edinburgh is a city full of things to fall in love with – not to mention that Edinburgh is the birthplace of Harry Potter. The inspiration JK Rowling found in the city is truly notable and a sight to see. 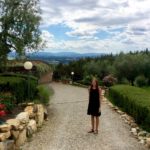 Located in the heart of Italy’s Tuscan region, Siena boasts stunning gothic architecture and one of Europe’s most impressive medieval squares. If you plan your trip accordingly, you can witness a popular festival known as Palio di Siena where, twice a year, the city hosts a world-famous horse race in honor of the Virgin Mary of Provenzano. Ten horses and jockeys, representing ten of Siena’s seventeen districts, are selected to race three laps around the Piazza del Campo. This event draws hundreds of thousands of spectators every summer. After lounging on the piazza, you can browse the pottery shops and try the local cuisine or take a tour of il Duomo di Siena. Make sure to explore outside the city walls as well – enchanting vineyards and endless sunflower fields await you. 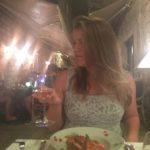 Game of Thrones fans and non-watchers alike can rejoice in the fairytale of a city that is Dubrovnik. Dubbed the “Pearl of the Adriatic,” the city takes advantage of its proximity to the sea, offering endless seafood restaurants and cable car rides up a mountain for unparalleled views. Dubrovnik is known for its distinctive “Stari Grad,” or Old Town, a small but quaint area surrounded by medieval castle walls and paved with glistening limestone walkways. Arguably the most magical (albeit frustrating) aspect of the city is the maze of steep, narrow stairways lined with restaurants, shops and cafes. Locals hang their laundry to dry on clotheslines in these stairways, as dryers are not common in Croatia. It would be easy to spend forever climbing through different passages of stairs, watching the delicately hung linens flutter in the sea breeze. 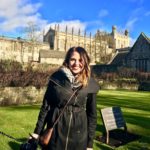 Culturally rich and bustling with locals and tourists alike, this historical town of Killarney captures the magic of Ireland. The expansive scenery of rolling hills, winding roads and mediaeval castles is unparalleled and will take your breath away.  Traveling like a local is the best way to go. Stay at the beautiful Castle Ross on the grounds of a gorgeous golf course and just minutes from downtown Killarney where you can enjoy a great meal at the local pub with live Irish music, and if you’re lucky enough, some irish dancing. Grab your rain coat, wellies and a camera because you’re in for an adventure!