I have been in Australia for over a month now and I am quite proud of how well my “Australian” is coming along. Now I know what you might be thinking, they speak English in Australia, right? My answer to that would be, in theory, yes. But in practice, debatable. To give you an example of what I mean, I have compiled a list of my top 14 favorite “Australian” words.

With this dictionary in hand you should be able to (at least somewhat) survive should you decide to venture down here. That is, if the hundreds of deadly animals don’t get to you first.

This is arguably the most used word on the whole list. Arvo is short for afternoon.

My favorite story of foreigners getting confused with this word comes from a fellow American friend. She is currently studying abroad at the University of Sydney, and on her first day of classes she was told there would be a meeting in the “arvo.” She then spent all morning wandering around campus trying in vain to find the “arvo” building. Needless to say, she was not successful in finding the building.

I think the picture says it all for this one. Even the McDonald’s corporation has jumped on board and officially changed their signage and website to reflect the Australian ways. 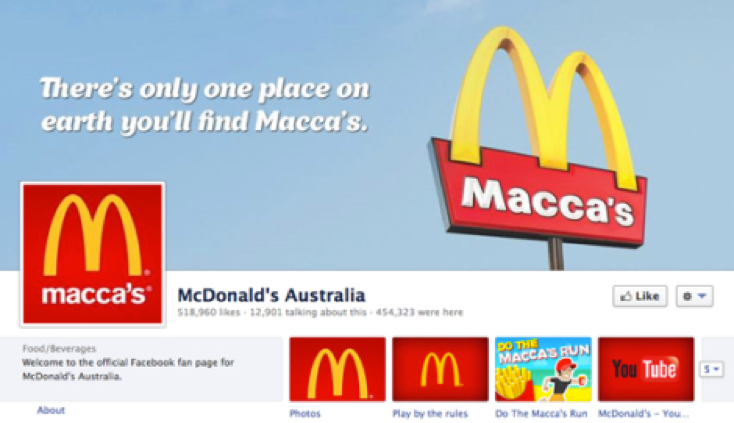 Also known as a can of beer. This one somewhat makes sense, but if someone were to say to you, “G’day mate how bout a tinny s’arvo?” would you have any idea what they were trying to ask you? Didn’t think so.

Honestly, I am still unsure of what it actually means. Interestingly this word was added to the Oxford English dictionary in 2012 with the third definition listed. Various definitions include:

I asked my Aussie friend for help on this one and he replied, “sangas = snags = sausages.” A true Australian delicacy that can be found at almost any servo (see definition 12) – it’s basically a sausage on white bread. 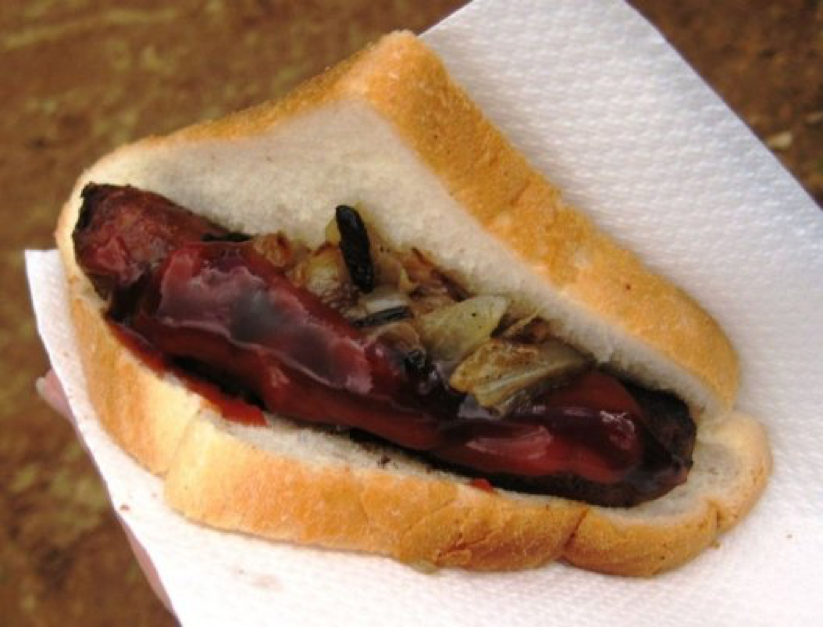 Initially, I thought this word could mean chocolate, or crazy. However, I quickly realized that my attempts to decipher unfamiliar terms will always be in vain as they can honestly mean anything down here. Chockers is a perfect example of this as it means “full.” Or very full to be precise. “That glass is chockers full mate.”

Yeah, I don’t get it either.

Sickie, sick day, same same. If you fake a sick day and take off work it is called “Chucking a sickie.”

I know the rest of the world refers to our soccer as “football,” so I figured football, footy, same thing, right? Nope. Next, I thought maybe they have American football and simply refer to it as footy down here. Wrong again.

This one is almost a trick question for foreigners because the Aussies have blended American football and rugby to create their own “Australian Rules Football,” which is what the term footy refers to. However, to add to the confusion footy can also refer to tradition rugby. I can’t even begin to tell you the rules to either of these games so for more information send inquiries to Google.

Not to be confused with the name Chrissie…as this translates to Christmas. Personally, I don’t understand the need to shorten a two syllable word into a different more confusing two syllable word, but hey, to each their own.

I’ll admit they are a little more fun to say when everything ends with an “ie.”

A servo is the Aussie way off referring to an American “gas station.” However, Aussies don’t use the word “gas” and refer to everything as petrol. Therefore, a gas station is really a service station (called so because of the other services offered there such as food, credit phone and even the ability to pay bills in some), but for the Aussie’s ser-vice sta-tion is way too many syllables so they shorten it to just servo.

This one stands for barbecue and is also commonly used. It is the closest thing to true Australian cuisine if you ask me.

Even saying their own full country name is too much work down here.

Want more? Check out this video.