One of the questions asked of me one day, in regards to reflecting back on my study abroad experience, was, “Can you imagine life without it?”

It all feels like a dream at this point – those two months I spent in the capital cities of Argentina and Uruguay. It should not surprise me though, to be honest. I knew that two months was about half the time students typically spend for a full semester abroad. I only had eight weeks, and in some regards, I feel like I fell short (learning Spanish, meeting locals, getting to know my classmates more).

The moment I reflected on my study abroad experience on U.S. soil, I knew that I had underwent a rare opportunity that not many people get to experience. In looking back on my journey and the perspective I brought back with me to the U.S., I do not regret the decision to study abroad for one second.

Perspective is an interesting word to me because I felt like I already had a lot of it before my departure. I identify as Mexican-American, and grew up with immigrant parents in a small-town, predominantly white community. English is my first language, and I am still struggling to learn Spanish; as a brown kid growing up here, I often got judged for that. I have been caught between two cultures for much of my life.

Given all this, it seemed like the challenges that the study abroad office said about (culture shock and adjusting to a new environment) did not really apply to me because I already know what it feels like to be a cultural outsider. That is not my way of saying I would be immune to shock or that I would not have to adjust to la cultura argentina y uruguaya. But it just so happened that I transitioned relatively smoothly to life down in Buenos Aires and Montevideo.

I want to emphasize “relatively” because it was not always smooth sailing for me. Something as simple as as taking my clothes to the lavadero (laundromat) became a big task because my Spanish was very rusty. It seems pretty obvious in hindsight, but Argentine dialect was something that I was never extensively exposed to in my Spanish language classes. It was almost like learning another language, Argentina’s “castellano,” so not even my rusty Mexican-Spanish could have fully prepared me for the dialect difference there. Luckily, my ability to hold a conversation became more sufficient as time went on. Even though the locals would have still been able to understand me even if I made the hard-headed decision to stick with the Spanish I knew, I still made the extra effort to pronounce my “y’s” and my “ll’s” accordingly.

It’s crazy how I was just getting comfortable in Buenos Aires just as I was finishing up my time there. I will never forget the day I found myself back in the streets of Chicago after coming back to los Estados Unidos. Chi-Town now feels smaller to me after experiencing a small taste of Argentina’s massive capital.

It took me a few months to realize why that is: True integration into a different culture forces you to change your mindset – to be more flexible and adapt to what is unexpected. It is evident that I was able to meaningfully integrate myself into the culture, despite the short amount of time I had to work with.

Coming back to U.S. culture also meant coming back to comfort. There is no language barrier to worry about here, or overtly late buses. There is no fear of getting pick-pocketed or longing to see friends and family.

But at the same time, my study abroad experience has left me with this unfamiliar desire to to travel more, and, in a sense, step away from the comfort of home once again. Having the will to be uncomfortable is a lesson I knew well before going abroad, but to do it in the context of another country and culture was truly an honor and I will always be thankful for the opportunity that no one else in my family has ever had. 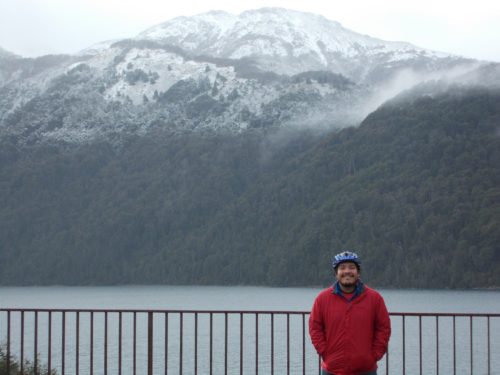