Prague was never on the top of my European city to-do list. However, when my friend from home sent me a message saying she was going soon, it suddenly jumped to the top of my radar, and wow, am I glad that I took a chance on Praha. Was I constantly confused about the Czech currency, the koruna? Yes, I definitely was. Did I go an entire weekend without figuring out how to properly pronounce simply Czech phrases like “Thank you?” Yes, but I tried. But I did meet some of the friendliest Uber drivers.

The city’s beauty astonished me. The weather was mostly overcast, with slightly chilly wind at times, but that didn’t stop me from walking nearly 10-12 miles a day through the cobblestoned streets of Old Town.

What made it even better, though, was the friends I met along the way. I was a little nervous my first night in the hostel, since my good friend Megan wasn’t coming until the next day. I had all of these visions of hostels where everyone was young, friendly, open and encouraging. I assumed that I would get swept in with people I met there and be fine during my first day alone. Unfortunately, that wasn’t the case. It wasn’t that the other hostel-goers weren’t friendly, it was just that they were mostly single backpackers coming and going – making it on their own. They didn’t seem too concerned with making anyone else’s acquaintance, much to my disappointment since I was too shy to approach them myself.

Even though the trip didn’t start exactly like I had imagined, and I was a little nervous wandering an unfamiliar city by myself, I took the day to wander the neighborhood and found a botanical garden, some amazing street art, and a funky looking building called the Dancing House. By the time Megan arrived, I was feeling okay with my situation.

But man, was it more fun to share that adventure with someone I already knew so well. She brought her friend from her exchange program, another American named Arturo, who by the end of the weekend I considered a good friend as well. We hiked up the many stairs to see the castle, we ate street sausages and drank mulled wine, and we went to the very top of the astronomical clock tower to find the best views of Old Town Square and the entire sprawling city. 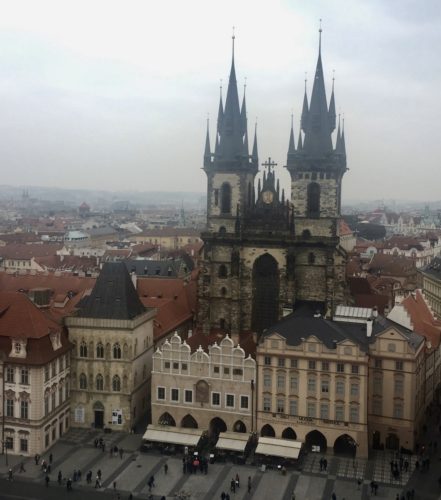 It was so exciting to feel the fresh air, eat amazing pastries like the chimneys that were sold on every street corner (which you could smell from blocks away), and share this time with my friends. I couldn’t have asked for a better first-side-trip away from my host university. Thank you for filling my weekend with good food, many laughs and mind-blowingly beautiful architecture. Until next time, Prague! 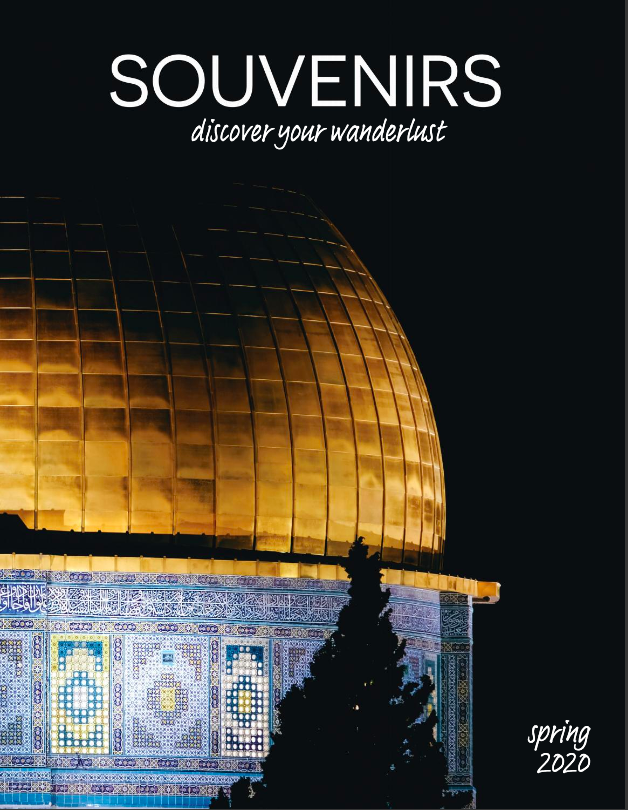