As I mentioned in an earlier blog post, Vallendar is a fairly quaint town. It’s quiet for most of the year, and the college students essentially bring most of the flair to the area. However, for one weekend per year, schools from around Europe come to WHU (my university) for an event like no other.

From November 2 through 4, WHU hosts EuroMasters. Students from Germany, Sweden, Austria, Belgium, the Netherlands and Spain come together for a weekend of athletics, spirit and partying. I heard plenty of great stories about previous renditions of EuroMasters, but nothing could prepare me for the event itself. 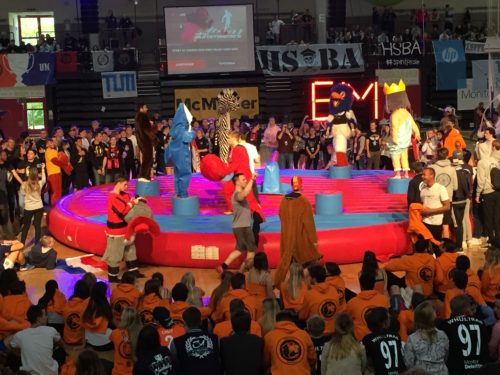 When I arrived at the Conlog Arena in Koblenz, it was immediately evident that EuroMasters would live up to the massive hype surrounding it. Students, garbed in their school clothing and face paint, flooded the external and internal concourses. The stands were filled to the brim with fans, with loads of people flooding the sides of the respective playing surfaces to get a closer look at the action. I attempted to work my way to the front of the pack, but the undying enthusiasm of everyone in the building made this an arduous task.

After a few volleyball and soccer matches in the morning, it was time for the opening ceremonies. As if there wasn’t enough spirit during the morning, the energy was amplified further as each school put on a brief show to introduce their group to the year’s festivities. It wasn’t even just students cheering for their own schools. Everyone got in on the action, as most presentations culminated in a quick dance party that closely resembled a mosh pit. As the hosts, WHU was the last group to present, and as such, had the largest continuum in our post-presentation mosh pit. I rushed the stage with the rest of the students, and it was an incredible experience to say the least. 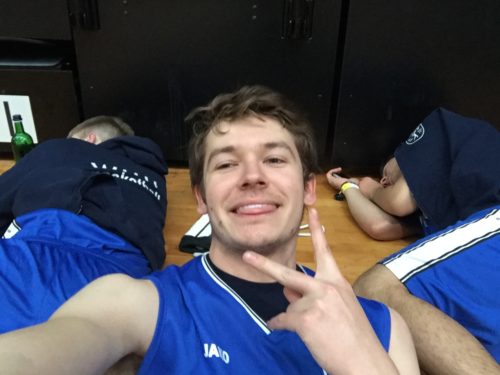 Once that died down a bit, it was time to get down to business. Although I never would’ve thought I would compete in competitive sports after high school, I was selected to play on WHU’s basketball team for EuroMasters. I even had the privilege to be a starter! However, the format of the tournament was very different from anything I was accustomed to. Each game had a running clock of just 10 minutes, and teams received a point whenever they were fouled. Substitutions were conducted without stopping play, so I certainly had a period of adjustment. Our team wound up going 1-2 over the two days of competition, but it was fantastic to lace up my basketball shoes one last time in a competitive environment.

Although the sports and spirit are a huge part of the event, arguably the biggest draw for students are the massive parties held on Friday and Saturday night. Each gathering had a theme (Friday was “Cirque du EuroMasters” and Saturday was “Party Like a Eurockstar”) and produced an amazing evening of people enjoying the company of so many students from around the continent.

Sadly, after Saturday night’s bash, it was time to say goodbye to another year of EuroMasters. Although the weekend flew by in the blink of an eye, it was absolutely the highlight of my time in Germany thus far. 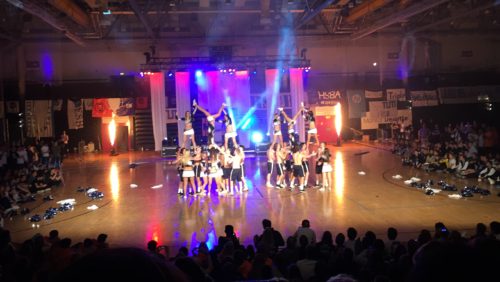