Before I got to Australia, I had it in my head that I would be able to do quick weekend trips to all the major cities around Sydney. Brisbane, Melbourne, they all appeared on the map to be a quick three to four hour bus ride away. 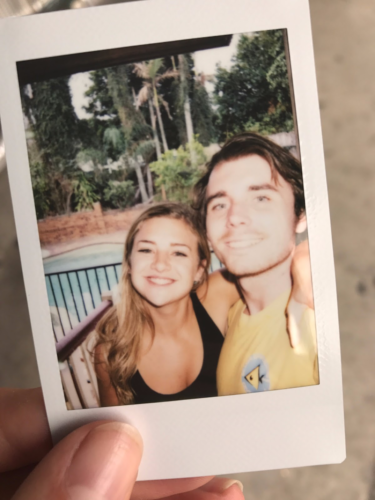 Key word here is “appeared” because in reality, I forgot to take into account just how gigantic this place is that I now call home. To get pretty much anywhere outside of the city you are in requires either a flight or a 10 hour plus bus ride. Considering the fact the I can only get off work for a max of three days at a time, Saturday, Sunday and Monday, I figured it would be in my best interest to fly to Brisbane to see my old friend Stuart whom I met in Sri Lanka two years ago.

I departed Saturday morning and arrived in Brisbane a short hour and a half later. I spent the day exploring the city with my trusty tour guide walking through parks, downtown and the University of Queensland campus where Stu goes to school. It was a nice city…but I still like Sydney better. The highlight of the trip was taking a one hour ferry ride to a place called Eat Street Markets, which is essentially a food market made from old shipping containers. There was super cool and amazing food there. I got seafood paella and Stu got Roti, an old Sri Lankan favorite of ours.

The next day I took an hour long train ride down to the famous Gold Coast. I read that it was “Australia’s Florida” and a short walk from my bus stop to the hostel I was staying at confirmed this. I was staying in a part of the city called Surfers Paradise, which was especially touristy, but  is your typical beach town that consists of a long main street with various shops, cafes and resorts along the beach. I made quick friends with a group of Canadians and spent the day with them by the pool before taking a night flight back to Sydney. 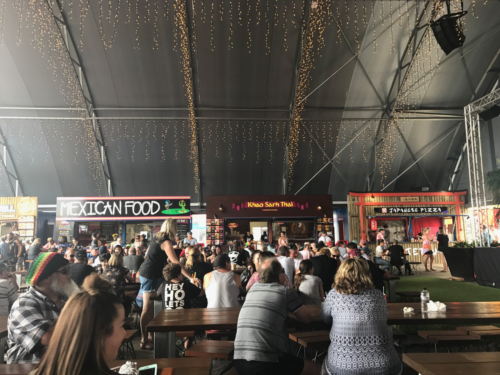 This week was relatively uneventful for me in terms of work. On Wednesday night I went out for dinner in Bondi with two of my Canadian friends. Everything is still going great down here. I really like my job and have enjoyed settling into a routine of sorts. We had daylight savings time recently so I now have more time to run after work which I have really been enjoying.

Looking forward to the future, my internship ends on November 9 and I will be leaving for New Zealand on November 11 for a three week-long trip. I arrive back to Australia in late November and from there it is still somewhat up in the air as to what I will do. I have been applying to a lot of jobs along the coast such as resorts and what not that offer “work for accommodation” deals as I will no longer have my apartment. So fingers crossed one of those works out!

P.S. For all my book lovers out there who want to know a little more about Australia I would highly recommend Bill Bryson’s, “In a Sunburned Country.” I read it last week and found it to be a very accurate and quite entertaining description of this country.