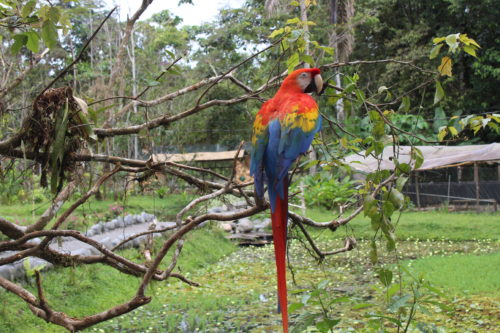 La Costa: Ecuador’s Pacific coast is famous for its beautiful beaches and port cities. The coast is hot and humid, providing important exports such as cacao, coffee and bananas.

La Sierra: Splitting Ecuador down the middle are the Andes mountains and the Avenue of the Volcanoes. With cooler weather, the Sierra holds many of Ecuador’s colonial cities such as Quito and Cuenca.

El Oriente: The Eastern half of Ecuador is part of the Amazon Rainforest and is still home to many indigenous groups.

These three regions compose the country of Ecuador (along with the Galapagos Islands), each providing a different and unique culture. Most people in Ecuador consider the region they are from an important part of their identity and culture. They celebrate different holidays, eat different cuisine and dress differently. For example, cuy (guinea pig) is a traditional food eaten in la Sierra; however, many people from la Costa turn their heads in disgust and refuse to try it. On the other hand, people in la Sierra are disgusted by the chicha, a fermented beverage made from masticated yucca in indigenous communities in el Oriente. It amazes me how Ecuador, one of the smallest countries in South America, can have such distinct cultures within its boundaries.

During the last month in Ecuador, I have traveled to all three prominent geographic regions and have experienced the differences in culture, opinions and daily life. From the busy port in Guayaquil to the beautiful mountains of Cajas National Park to the calmness of life in Puyo, these three cultures have each taught me unique components of life in Ecuador.

Guayaquil, the largest port city in la Costa has taught me about the tranquility of the Ecuadorian people. Even when living in Ecuador’s largest city there is still time to sit down and have a meal with friends or wait patiently for your bus to arrive. I lived in Guayaquil for three weeks, and although I was not able to explore much due to the Guayaquil not being a very safe place, I met a lot of people who were all kind and curious. 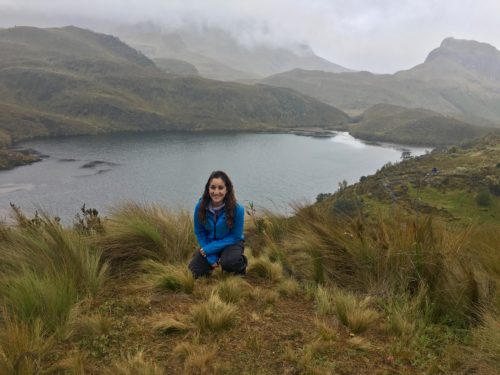 Visiting Cuenca, one of Ecuador’s colonial cities in la Sierra, taught me about the rich culture and natural beauty found in the heart of the country. Cuenca was colonized by Spanish and French settlers, giving it a European aesthetic. From watching traditional dancing on the street, exploring beautiful churches and trying the rich cuisine, Cuenca was full of history and culture. While in Cuenca, I was also able to explore Cajas National Park nestled in the Andes mountains. Getting outside the city and experiencing pure, beautiful nature reminded me of Ecuador’s immense biodiversity and landscapes. It was amazing to experience a day above the clouds, full of llamas, alpacas and huarizos (what you get when you breed a llama and an alpaca). In the next few weeks, I will also be visiting Baños and Quito, two other common touristic locations in la Sierra.

Last but not least, el Oriente has shown me the love and passion of the Ecuadorian people. Not only do Ecuadorians care for their friends and family, but they care about their community and their cultural heritage as well. Life in el Oriente is calmer than life in bigger cities, and nature is often just right outside your doors. The incredible diversity of the Amazon rainforest is valued by its people, and the indigenous culture appears to be well accepted and honored even in the cities of el Oriente.

Although these three regions have such distinct cultures, they are all integral pieces in understanding the rich culture of Ecuador. The more I travel through Ecuador, the more I learn about the beautiful people of Ecuador. I’m sad that my time in Ecuador is almost over because I know there is still so much to see and learn here.