For me, growing up in Guangzhou (Canton), the third biggest city in China, meant freedom. When I was a teenager, the advanced metro system enabled me to travel between school and home. How cool it is to be exploring on your own when you’re not even allowed to drive! For travelers, convenient public transportation also provides an easy way to navigate the city, which is especially important in a crowded city like Guangzhou that has a population of over 10 million people.

We Chinese people proudly announce that China looks like a rooster on the map. According to my own theory, Guangzhou lies at the tummy of China in the south, which is a great way to explain why Guangzhou is famous for its food!

Cantonese language and culture is still predominant in Chinatowns outside of China, which has been great for me as I study abroad in the here in Wisconsin. Cantonese restaurants exist across the U.S., offering Yum Cha, Cantonese-styled brunch with Chinese tea and all kinds of Dim Sum. If you enjoy the food at Nani Restaurant in West Madison, Guangzhou (the motherland to these amazing Dim Sums) is a must-visit! Opposite to heavy food like burgers and fries, most Cantonese food is cooked through steaming or boiling. 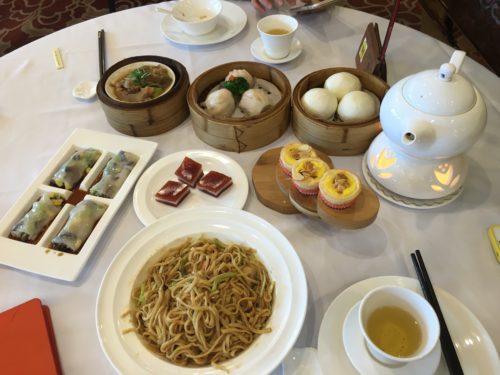 I also recommend trying Cantonese-styled soup and Cantonese herbal tea. If you happen to travel to Guangzhou and tire of “exotic” food, foreign cuisines are also available. You are able to find McDonald’s, Papa Johns, Pizza Hut and Starbucks. Also, Japanese cuisine and Korean cuisine are also popular among Guangzhou people, so these would be good options for eating as well.

Guangzhou functions as a crucial port city that hosts the China Import and Export Fair, also known as Canton Fair. Even when China closed its door during Qing dynasty, cutting off diplomatic relations with other nation, Guangzhou remained the only port where trade was permitted. I personally feel proud and lucky to have grown up with the inclusiveness and openness of my dear home city. According to the census, about 100,000 foreigners from all over the world reside in Guangzhou. As the third biggest city of Mainland China, Guangzhou has not attracted much attention compared to Beijing (the capital city) and Shanghai (one of the famous cities in the world), but it is certainly distinct.

Like how East London has an artistic personality (with graffiti and quirky markets) compared to the classy West London, my beloved home is multifaceted depending on which district that tourists visit. Guangzhou can show you a modern, classy look by the skyline (like skyscrapers and Canton Tower) in newly constructed areas including Zhujiang New Town. There are also districts with more histories, like Yuexiu and Liwan. 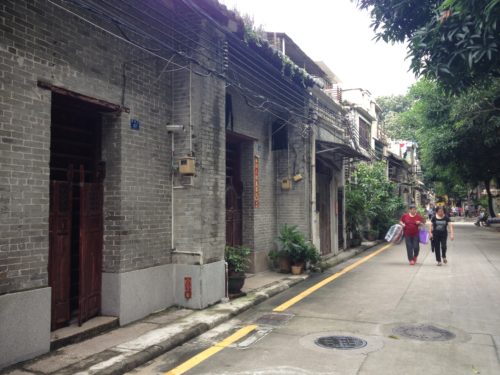 Trendy things to do

Places to shop are all over the old and new districts. Guangzhou has been a commercial city for trade for thousands of years. When my friends and I hang out, we spend time in the malls, like Fashion Tianhe Plaza (时尚天河), not necessarily to shop but to chat as you walk… with AIR CONDITIONING, which is extremely important for Guangzhou residents. In shopping areas, there are bubble tea shops, restaurants. Walking, in other words, window shopping with a cup of bubble tea in hand, is a trendy thing to do among youngsters.

For Art lovers, Ersha Island (二沙岛) is a great getaway from the fast paced city life. The government does not allow construction on the island to exceed 24 meters, giving thisland a tranquil atmosphere. Guangdong Museum of Art  and Xinghai Concert Hall are located on this island, next to the Pearl River.

I love to walk by the Pearl River  in the hot summer evenings. Remember that summer in Guangzhou lasts from May until October!

For history lovers, Guangzhou has been a crucial city in the Xinhai Revolution and other movements and reforms. Sun Yat-sen Memorial Hall and the Memorial of the Original Site of Whampoa (Huangpu) Military Academy are worth visiting.

Apart from the serious historical sites, an adventure to the Chimelong Paradise recreational parks in the Panyu District is also enjoyable. You will be able to enjoy time on the record-breaking 10 Inversion Roller Coaster and make friends with the only set of panda triplet in the world.

Travels and cultures are everywhere, especially in a city that has so many stories to tell. As an “alien” to American culture, I am lucky to study abroad at UW-Madison to observe the different cultures. Tourists may view a place with fantasy. Locals may view a place with blind love. Either is intriguing and sometimes, the barrier is blurry. This article is my endeavor to provide some insights from a local of Guangzhou to provide great travel tips and to fulfill my need to express my love for my beloved home.